This month’s Student-Teacher Spotlight celebrates the hard work of Theresa and her flute student Darla. They have made a lot of progress over the past year and a half of working together. Theresa played the flute for nine years and decided to volunteer with Musical Empowerment as a first year student in order to stay involved with music while at UNC. “I thought it seemed like a great way to introduce music to someone,” says Theresa. Music is where her inspiration and release comes from, and she wanted to help someone else have that.

Darla had never held a flute before her first lesson with Musical Empowerment. She tells us she chose it because, “I love the tone of the flute and the sound.” However, it is difficult to produce a sound on the flute initially. For Theresa and Darla, it took two or three lessons before Darla was able to produce a sound on the flute, but once she did it was sweet and harmonious. Theresa believes that the introduction to music is like a first impression, and you need a good first impression to keep going with the instrument. She is thrilled Darla has stuck with it and has enjoyed the challenge of teaching a beginner: “It’s been so different to teach someone from scratch how to read music and hold an instrument. It’s been fun to remember what that’s like.”

Darla has grown a lot as a musician while taking flute lessons from Theresa. After just a few lessons, Darla performed a duet with Theresa at the fall recital. It was Darla’s first performance, and she recalls being very nervous performing in front of large audience for the first time. Since that performance Darla has continued to gain confidence as a performer. At this year’s fall recital Darla played “I Just Can’t Wait to Be King” from Disney’s “The Lion King”. Darla told us that she was still a little nervous, but Theresa said, “I thought you looked pretty fearless up there”.

Darla’s father, Manny, told us that he enrolled his children in Musical Empowerment because he believed that learning an instrument would enable them to be well-rounded and to look at the world from different perspectives. Through Musical Empowerment, Darla was able to attend a modern Carolina Performing Arts performance by Ensemble Intercontemporain with Theresa, and said it was unlike anything she had ever seen before and she really enjoyed it.

Theresa is a big part of the reason why Darla has made so much progress over the past year, according to Manny. He says that Theresa is a great role model because she demonstrates skills such as patience and wisdom, which shine through in the way she teaches. When Darla gets stuck on something during lessons, Theresa helps Darla discuss the difficulties and work through her frustration.

Manny says that the combination of Theresa’s strong counsel, Darla’s persistent practicing, and how well the two “jive” together has compounded Darla’s progress. Recently she was playing “Jingle Bells” at home while her mother was cooking. Darla’s mom was so shocked by the beautiful melody and Darla’s progress, she dropped the pasta sauce she was about to cook! Both of Darla’s parents are incredibly proud of her progress. 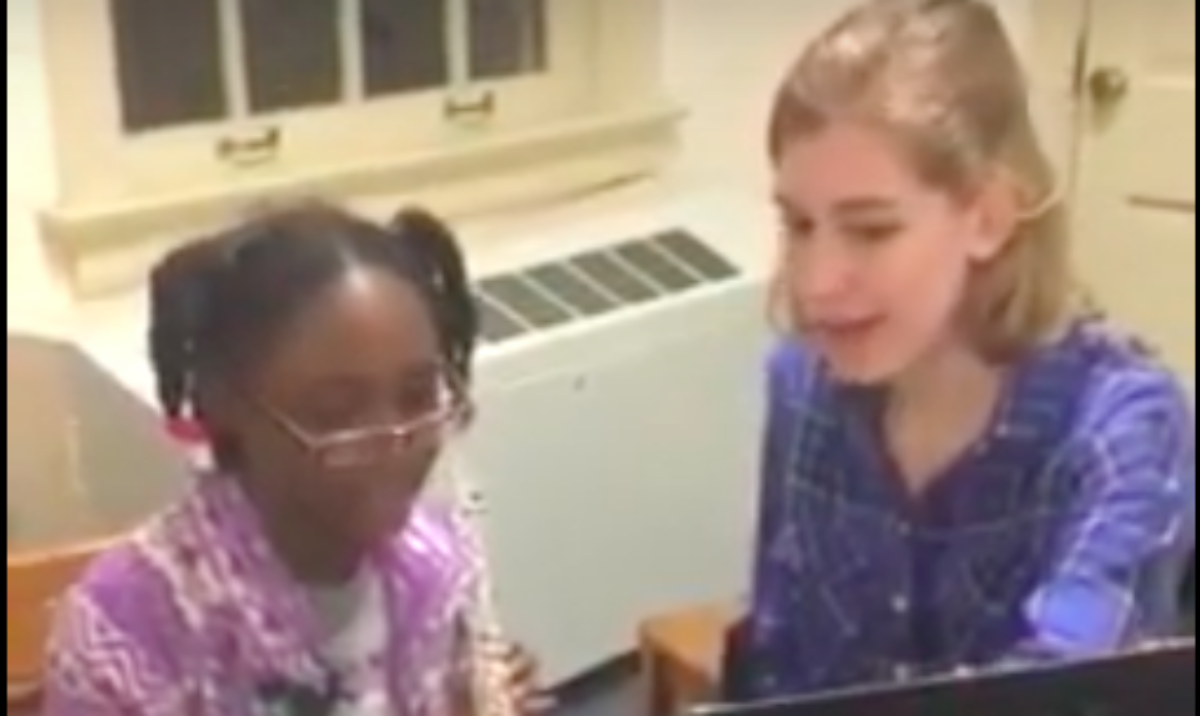 Theresa said that she loves seeing Darla conquer a difficult exercise that she has been working on. The pair loves celebrating these “high five moments”, as Theresa called it. Darla often works ahead in her lesson books. “I love learning new notes because I get to go up and down the musical alphabet. It’s so fun,” she says. When asked what tips she would give to other students, Darla said, “Always keep on trying. Focus on it, and don’t give up on it, just keep on going until you feel like you’re really great at it and then just keep going.”